Dating from between 1040 and 1151, the Rotonda, or round church, is one of only half a dozen in Italy. This rare gem has survived against the odds. In 1579 the church was closed by order of Guglielmo Gonzaga causing the dome and latern to collapse. It was then steadily enroached and concealed by shops and houses hiding the medieval structure for centuries.

In 1907 Mantova Council decided to demolish some of the houses next to the Palazzo della Ragione (concealing the church) with the intention of building a new palazzo. During demolition works the medieval church was revealed, astonishingly intact in most places. Work to exacavate this jewel and bring it to light continued for a few years, and included the reconstruction of the dome, but sadly was then abandoned. The folorn church was left to ruin and was at risk of demolition due to complete lack of interest. Only one party persisted – the Clinio Cottafavi – who made it their mission to find a guardian for this church. Eventually, the Fraternità domenicana (Dominican Monks) asked to use the church as their parish and assisted in the restoration of the structure to its former glory.

Outside you are confronted with a robust, yet elegant structure, the solid round form given texture by columns that stretch the height of the building. Inside there is a ring of columns supporting arches and an upper gallery, giving a suprising sense of soaring height. There are remnants of frescoes on the ceiling of the arches likely to be from the 11th century. Inside the apse there is a fresco of San Lorenzo’s martydom on the grill which, due to its delicacy of execution and light colouring, has been dated to the 15th century. 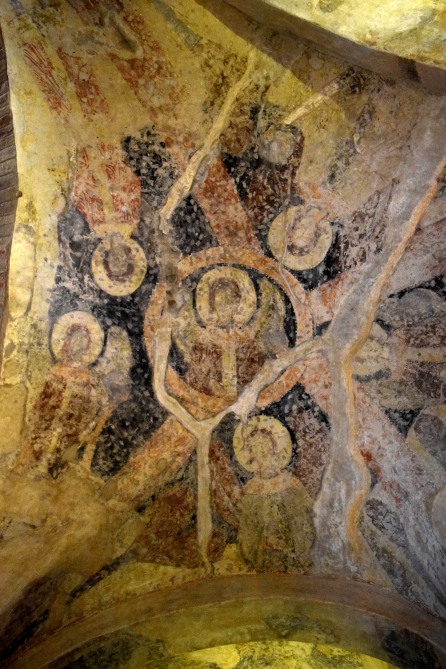 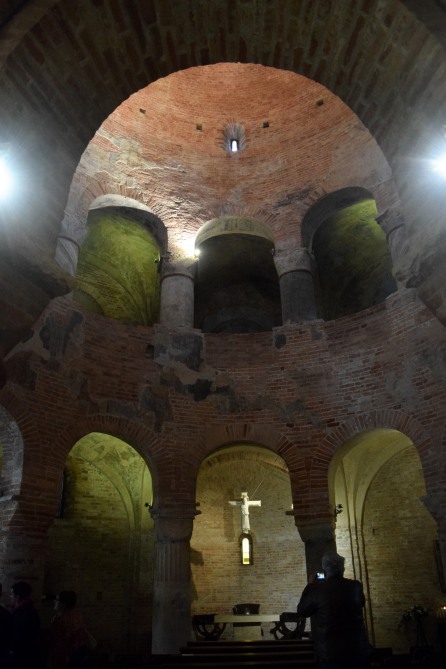 The strategically lit interior feels mysterious, every stone imbued with history. Its hush creeps over you and, if you spend a while admiring the fragmented frescoes and mismatching sturdy columns, its rather a shock to return to the bustling modern world outside.